Nofret: A Slave in the Levant 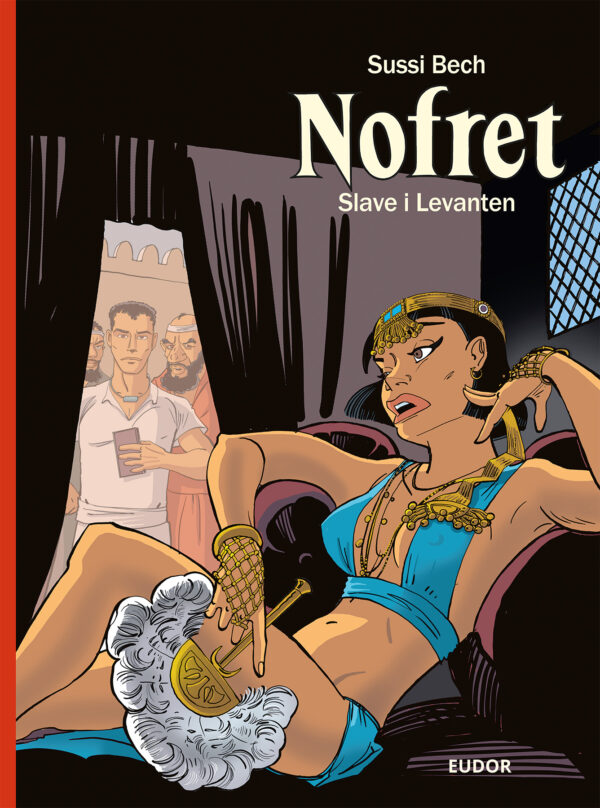 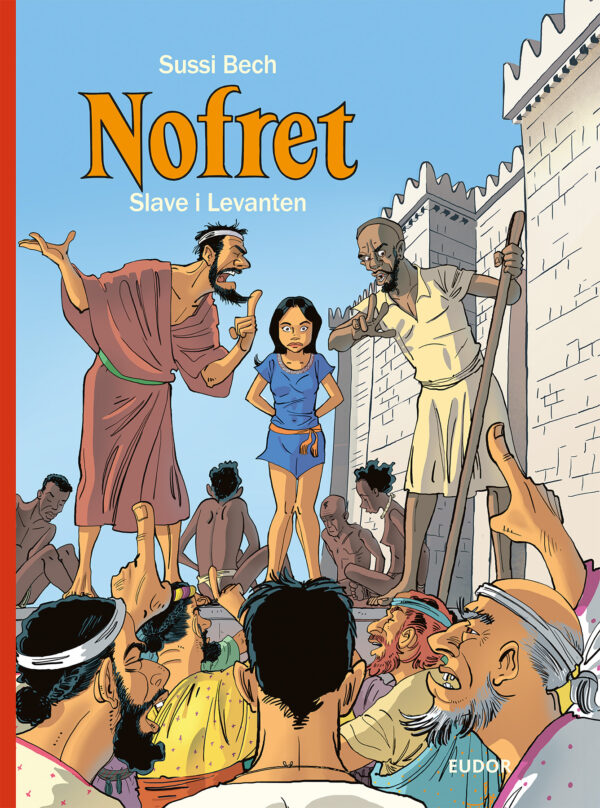 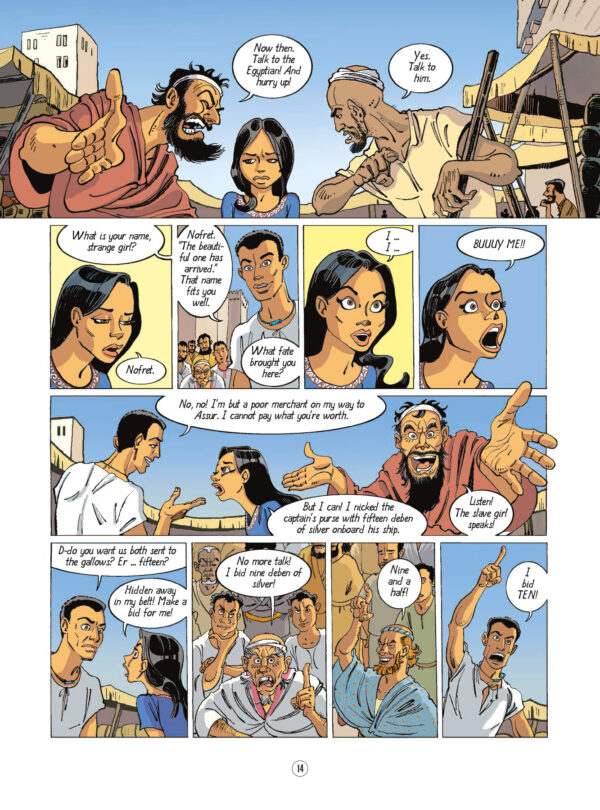 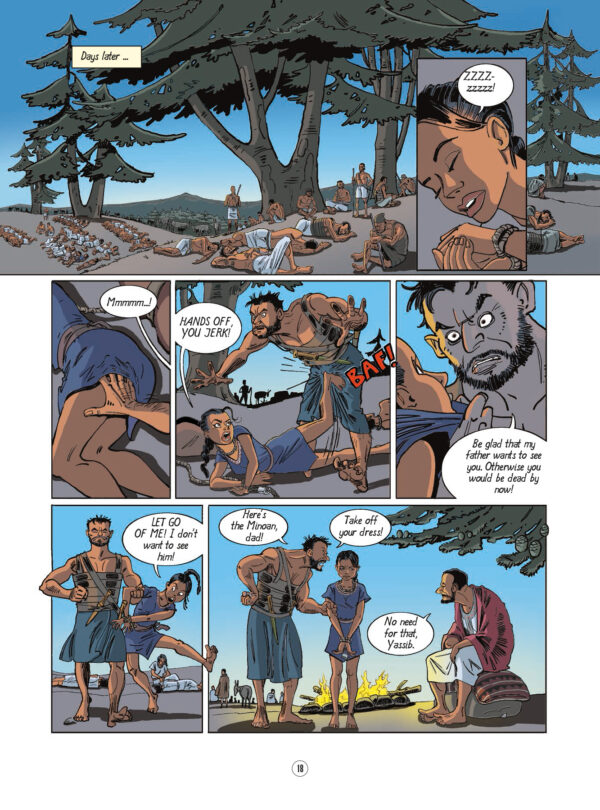 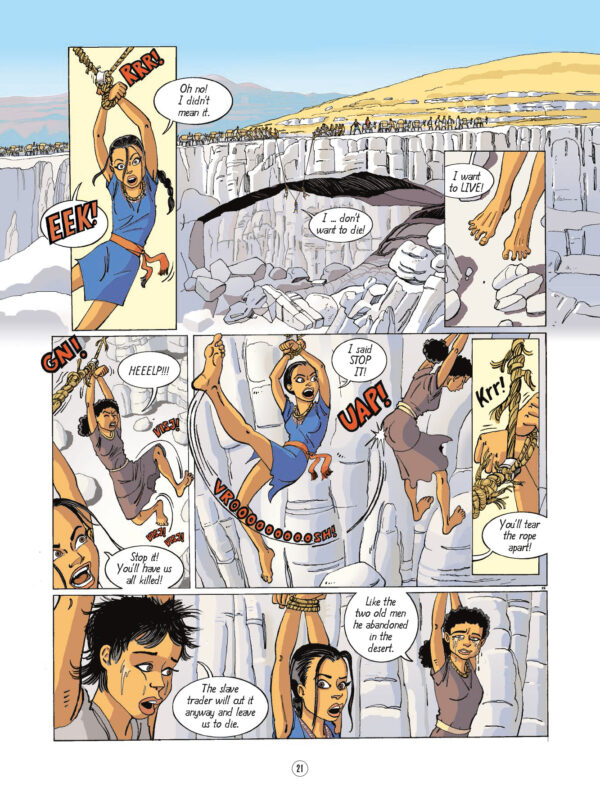 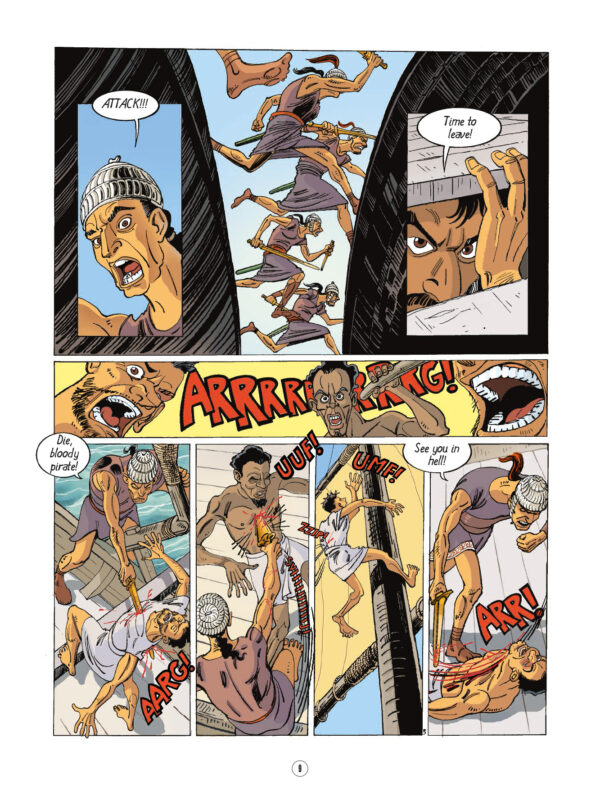 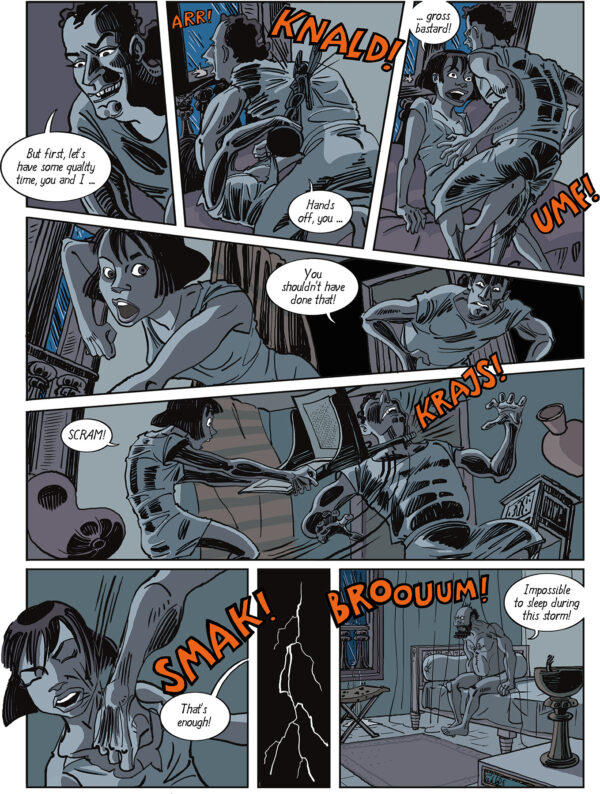 A Slave in the Levant is a special one-shot story, telling the origin of Nofret. The book can be read independently of the rest of the series.
Nofret is captured by pirates and sold at the slave market in Byblos. She is forced to march through the desert of Syria and married to a rich, old merchant in Babylon.
Published in Denmark with two variant covers, one for the younger audience and one for older readers.

A 1983 graduate from the School of Applied Arts in Copenhagen, Sussi Bech is an award-winning cartoonist living in Denmark. Her most popular graphic novel is Nofret – 13 volumes so far – which stars a young Egyptian girl in the land of the pharaohs and combines her adventures with historically accurate depictions of ancient Egypt. Sussi Bech has won several awards for her work.

This is an optional text for a tiny explanation about related products.
BUY FOR ME