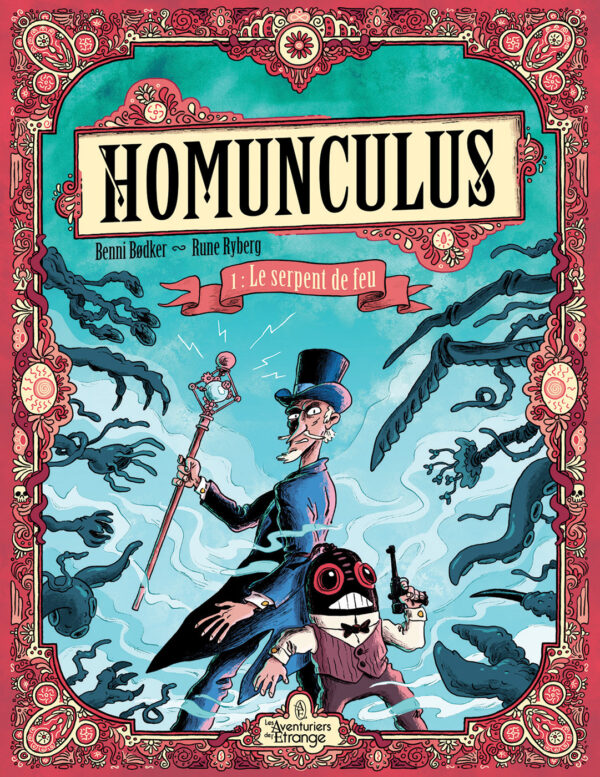 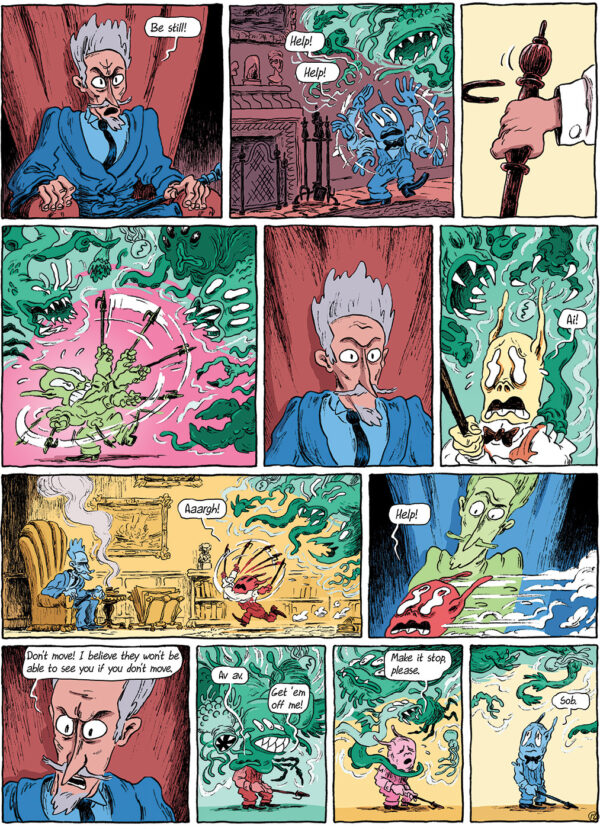 Meet supernatural sleuth Dr Harryhausen who fights false psychic media and explores the fifth dimension. Usually accompanied by his sidekick Homunculus – who, as his name suggests, is an artificial being created by an occult group whom Dr Harryhausen fiercely battles …

Rune Ryberg is an award-winning Danish comic book artist with a history in animation. His style is loose and colour-full, often with longer wordless sequences and a focus on the characters inner emotional struggles and tribulations. His work is not shy of vivid colours and the reader is usually subjected to a playful 70’s acid trip. In 2020, Rune received the Danish Arts Foundation’s 3-year work grant, for his contribution to the art that is a renewal of Danish comics.

Born in 1975. He holds a Master’s Degree in Danish Literature and Philosophy and works as a publishing editor and teaches creative writing. He has published the novels Helvedesmaskinen (2004, The Infernal Machine) and Besættelse (2005, Occupation) for young adults and the children’s vampire series Nattens Børn (2006, Children of the Night) along with several easy reading titles. His books in English include Halloween (2004) and The Ghost Rider (2005).

This is an optional text for a tiny explanation about related products.
BUY FOR ME