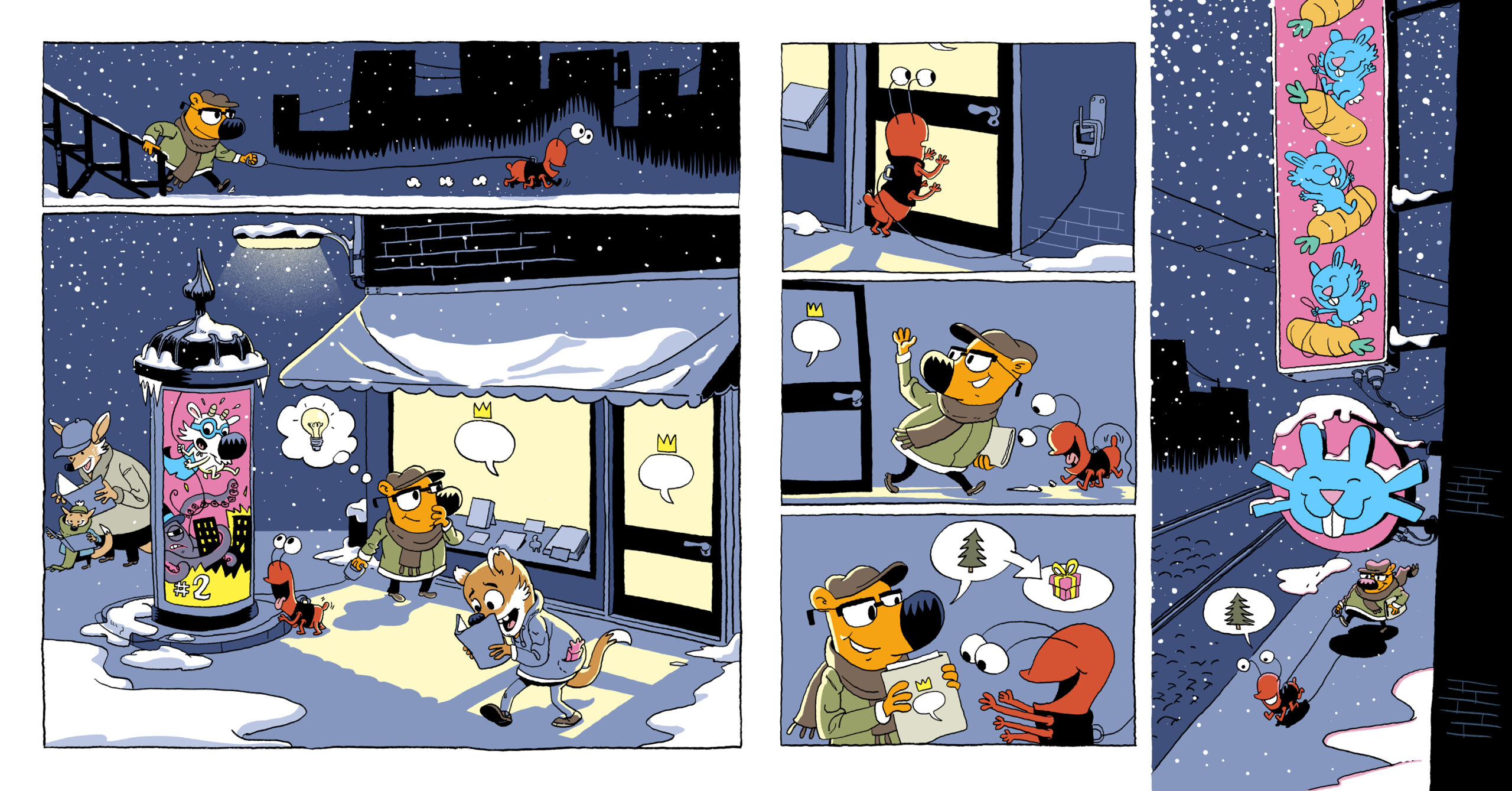 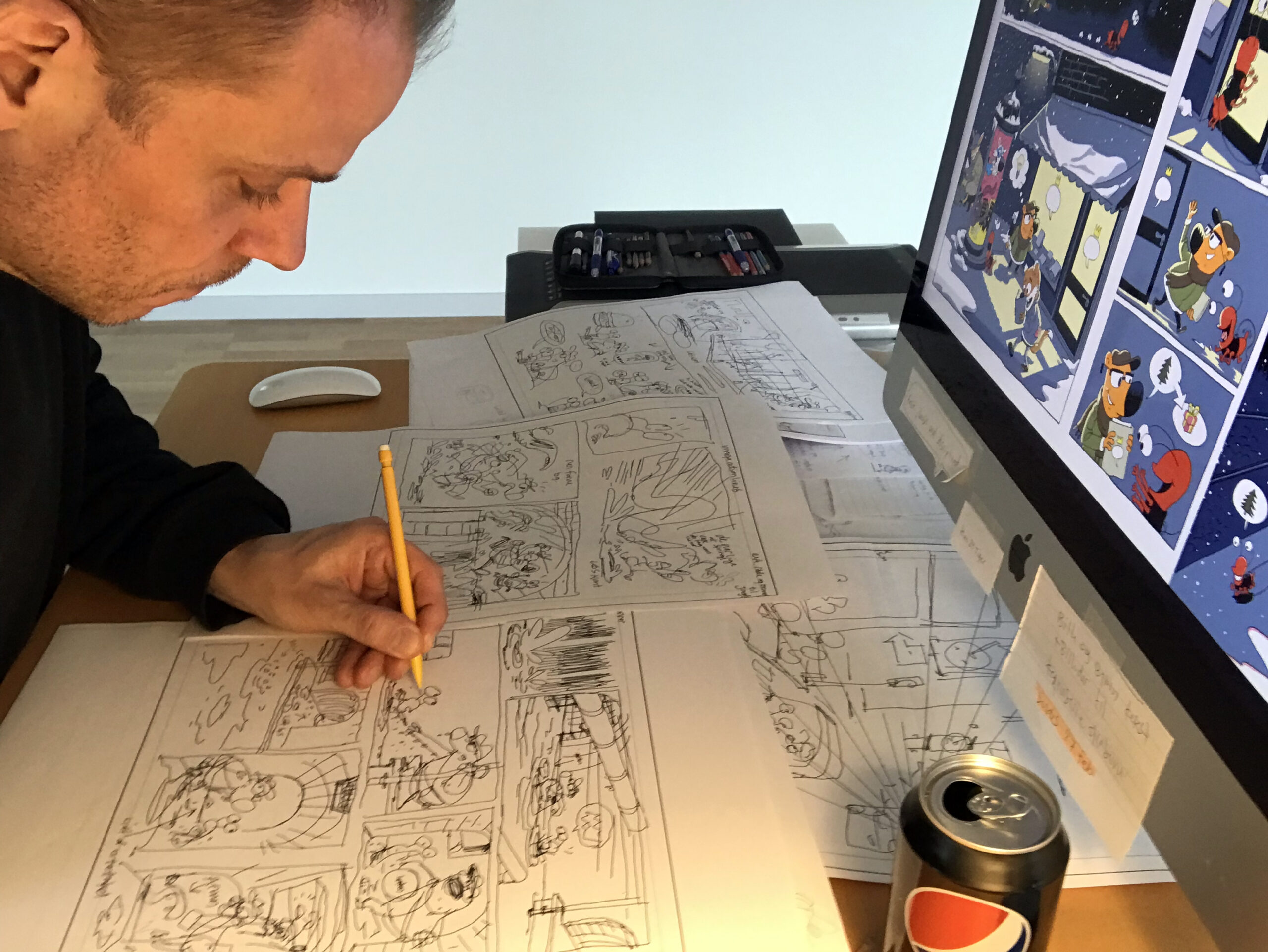 Peter Hermann at the drawing board: The pages are drawn out as rough sketches.

Beetle and Bear is a series of wordless stories about daily events that turn into extraordinary
adventures.

It started as a bedtime story I told my son when he was a little kid. Every night I would make up a new little adventure for the two characters to go on. And every night the stories would get even more fantastic and wilder than the night before. The two characters later became Beetle and Bear.

I was attracted to the idea of doing the stories without any words, and having small drawings and icons replace the words in the word balloons. Thereby making the stories understandable to all children, no matter where they are from.

The stories are not only about adventures, weird creatures and funny situations, the books also tell the story of how a relationship grows and changes between a father (Bear) and a son (Beetle) as the son grows older.

In the first book, Beetle is approximately 6-7 years old, in the second book he is a pre-teen and in the third book he will be a teenager.

Spread from Beetle and Bear book 1.

Right now I’m working on the second book, which starts out in a laundromat and through a series of events, sees Beetle and Bear end up in the dark sewers below the cosy city. The book will be about 50 pages, with lots of comic book action and absolutely no words.

All the artwork is drawn in pencil and digitally coloured. 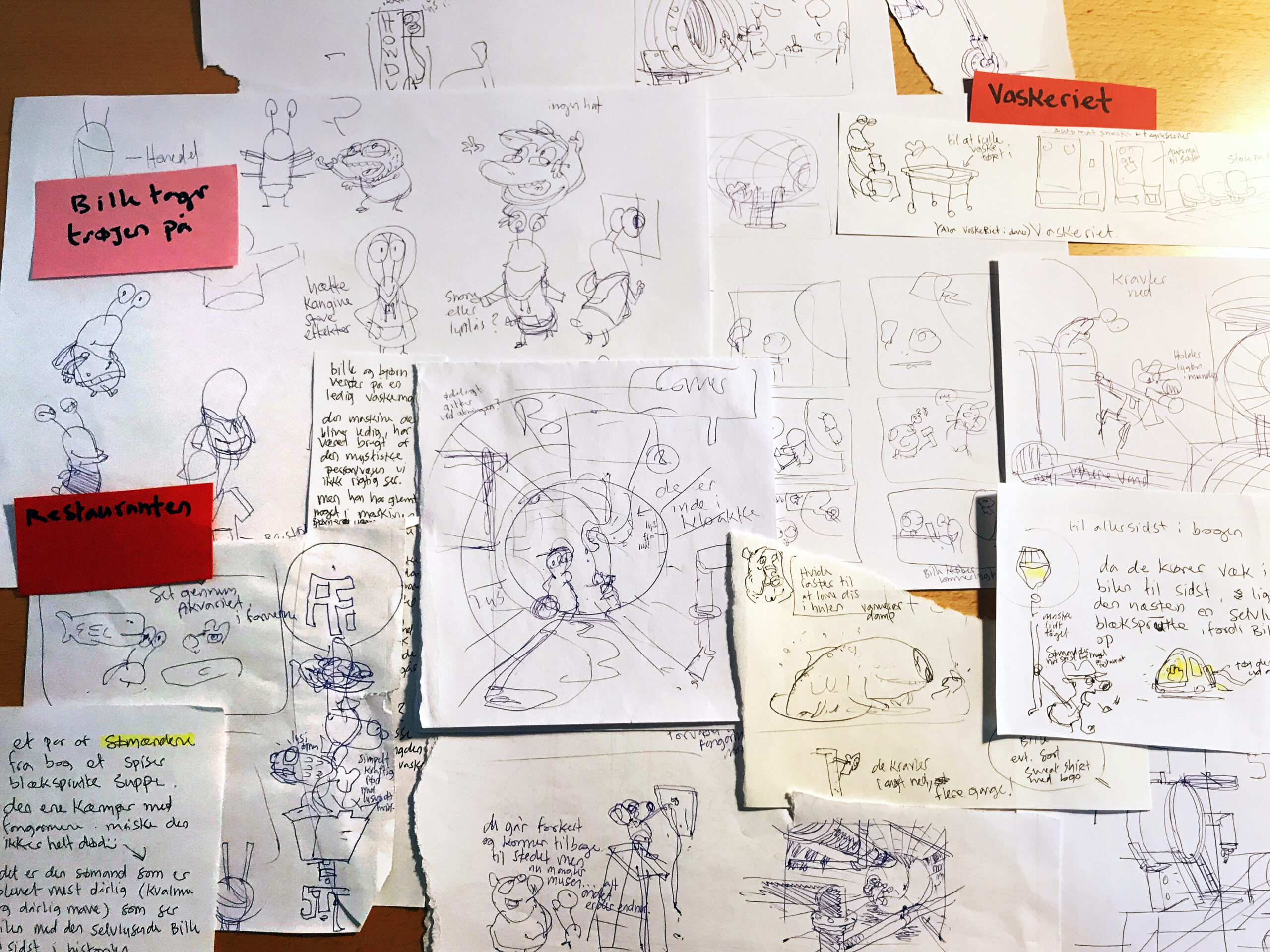 The idea for Beetle and Bear #2 starts as notes and small doodles, trying to catch the essence of different scenes and figuring out the order of events.

Wordless stories about everyday events that turn into small adventures.
In book 1, Beetle and Bear go for a walk at night, so Beetle can pee before he goes to sleep.
We follow their walk in the cosy and imaginative city, looking for just the right tree.

Peter Hermann is a Danish artist who loves to mix elements of comic books and children’s books, drawn in a loose and colourful style.
He was educated at the Kubert School in the USA and at Designskolen Kolding in Denmark.