From Socio-Critical Satire to Sci-Fi for Children

From Socio-Critical Satire to Sci-Fi for Children 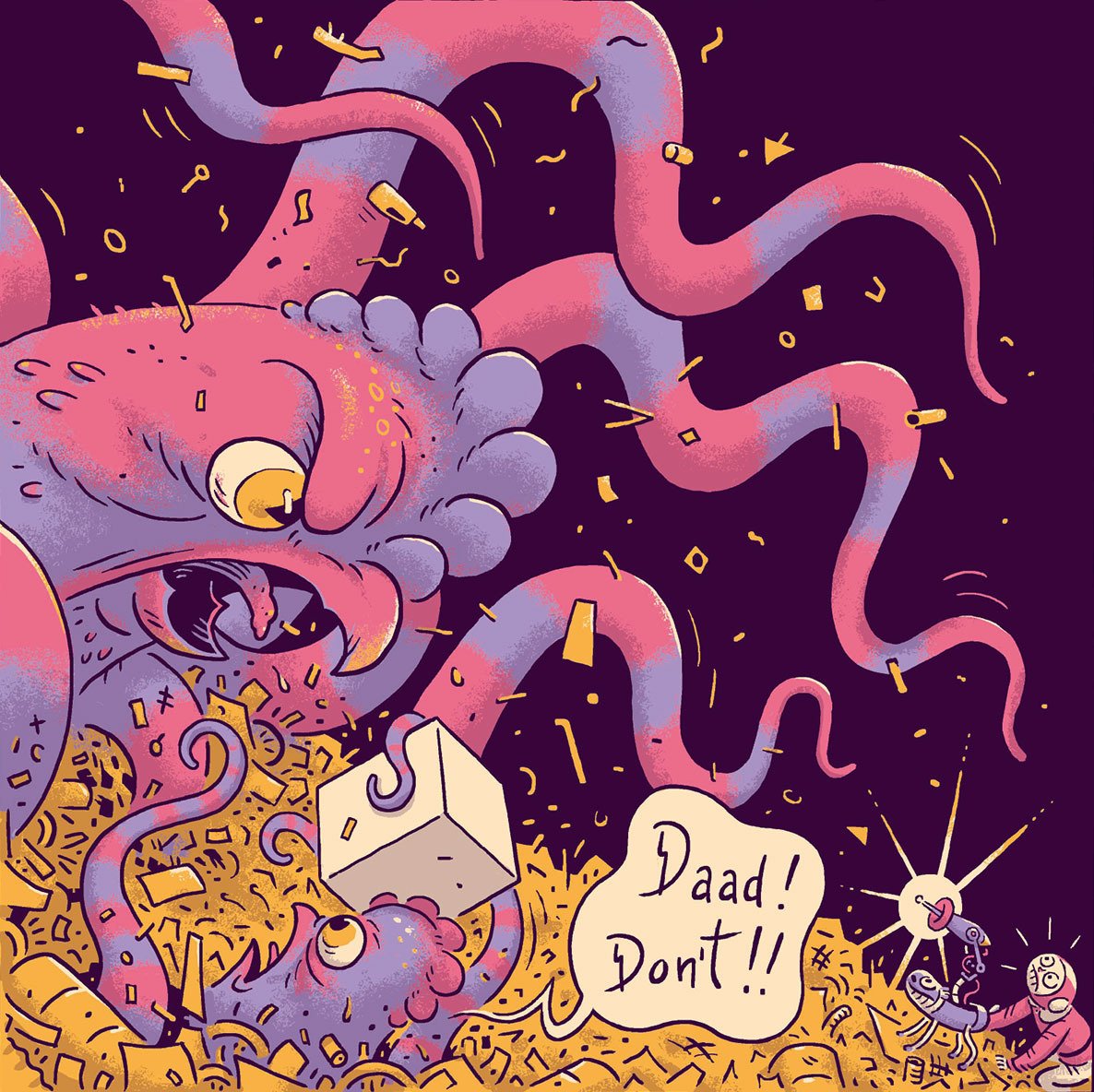 In just two years we have seen two highly different works from the pen of illustrator Patrick Steptoe: The ‘socio & eco critical’ collection of wordless graphic short stories in Repulsive Attraction and the children’s comic Comet Kurt & Rex about an intergalactic post-delivery boy and his robot dog.

We asked Patrick to describe the two comics projects in his own words. 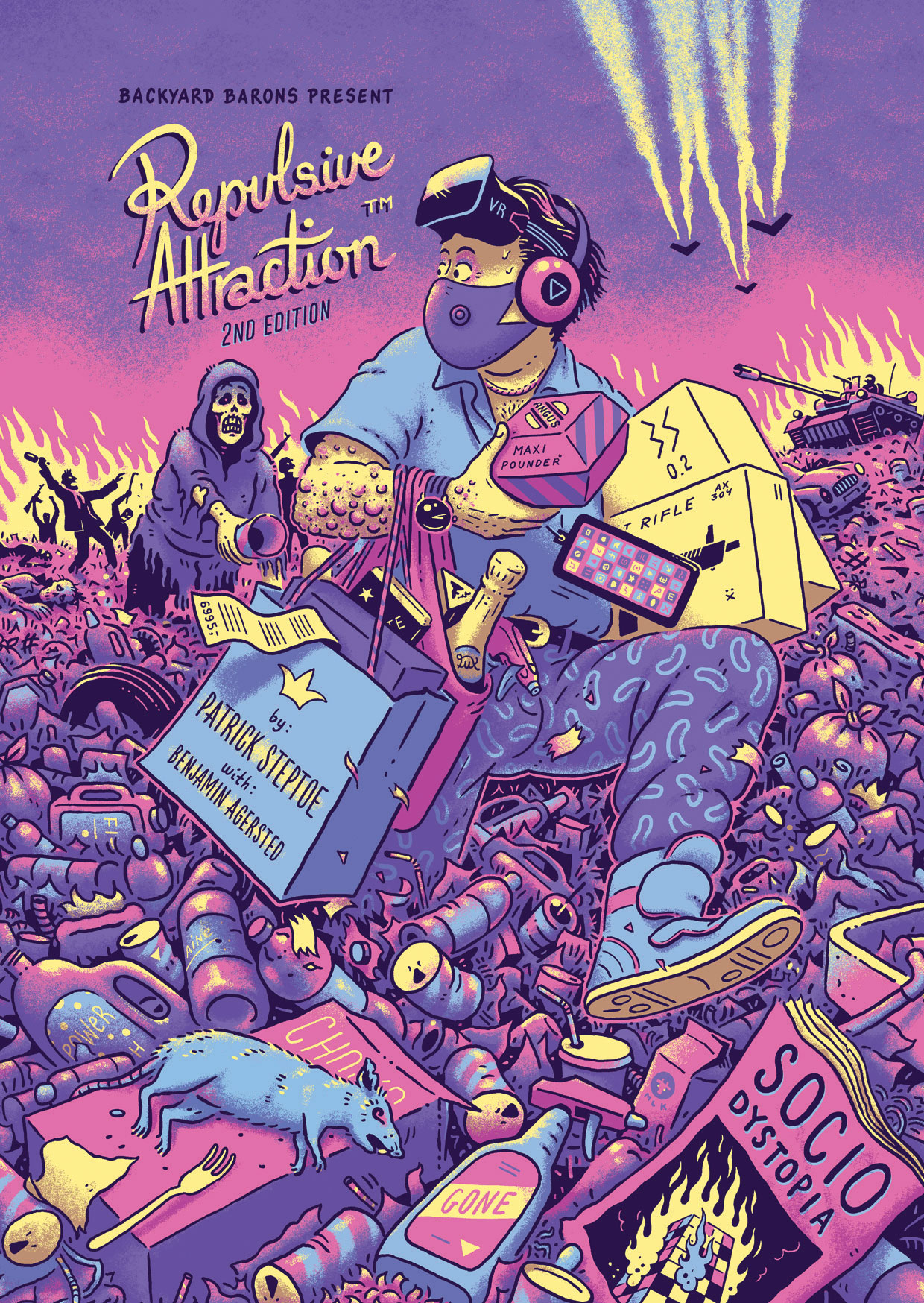 As my first independent album Repulsive Attraction, was released at the peak of a global pandemic, I was surprised by the considerable positive recognition it was given. The creation of the album was fused by a great deal of anger and frustration. I was struggling to part with a past as a professional product designer, and still, be able to get by as an artist.

I have always had an urge to visualize the absurdities in my surroundings, and release my satire on socio-critical challenges. In hindsight, it was sometimes quite exhausting, working only with the dark format of Repulsive Attraction. I therefore I decided to carry on with the infusion of a tad more optimism in my laboratory.

Patrick’s Danish publisher Baggårdsbaroner (Backyard Barons) published the book in both Danish and English. It was reviewed in The Comics Journal by Anya Davidson in June 2020:

— These small personal stories are universal, and devastating, and they’re a reminder that workers deserve and should hope for so much more than the scraps we’re competing for. 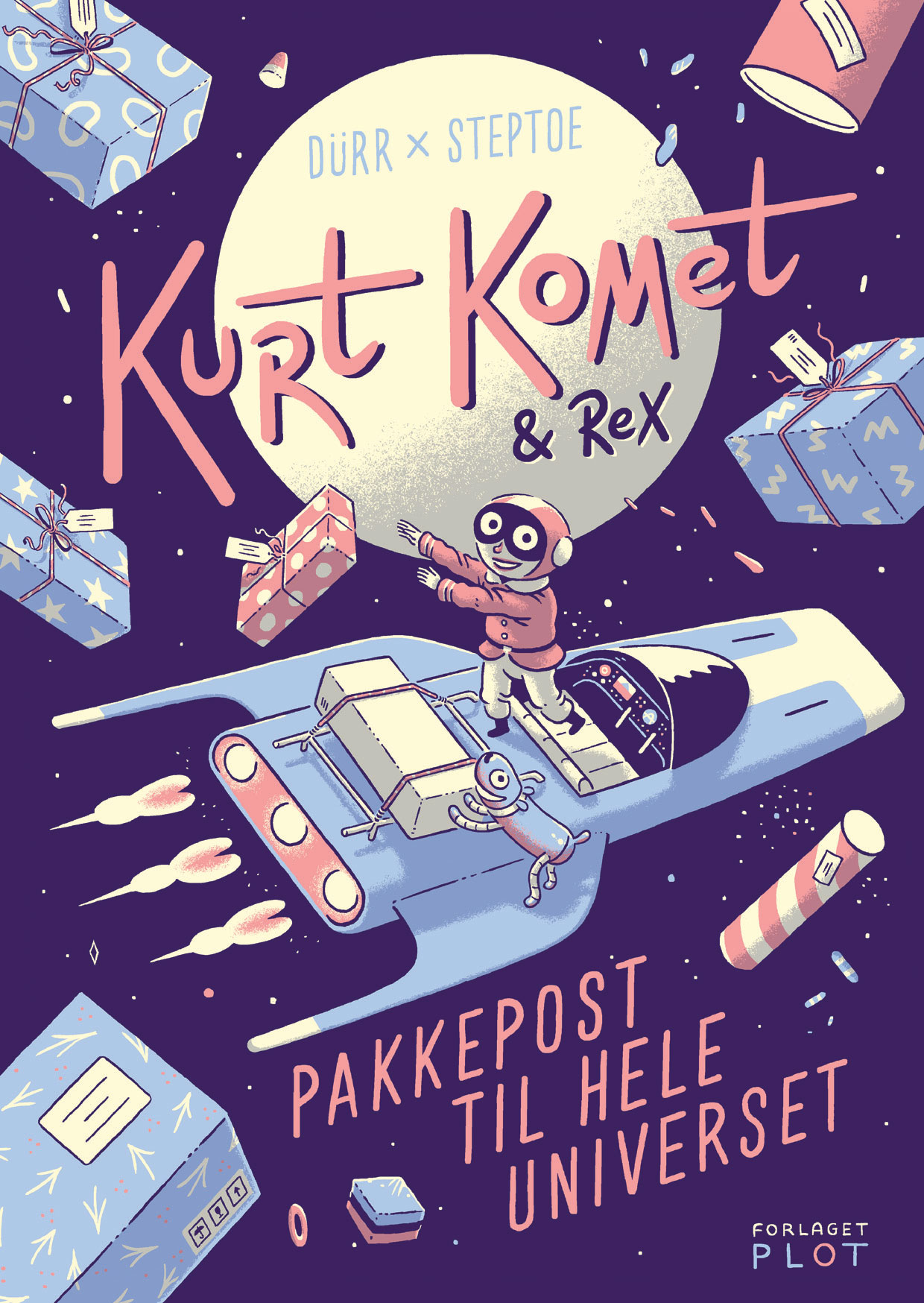 — My work with children’s comics and the collaboration project Comet Kurt & Rex, has in many ways fused my work with such a positive vibe. In this project, I can still be satirical on the subjects that matter to me, but as the platform is fantasy/sci-fi for kids, I am able to distance my work a great deal from the suppressing facts of realism. Comet Kurt and my collaboration with Morten Dürr have bestowed me access to an endless universe of fantasy and a dimension I strive to feed with my love for pictorial narratives.

I am currently working on a large collection of small novels with Comet Kurt and his side-kick, the robot dog Rex. Our recently released book with the duo is an introduction to the universe, and since the release, we have developed a significant amount of new exciting material to be processed. The next album will be quite different from the first and contain a handful of entirely different new and colourful adventures. In the next album, we will present both expressive pantomime (without text) and stories with bubbles and text.

Below are some examples of Patrick’s art from book 2 of the Comet Kurt & Rex series. 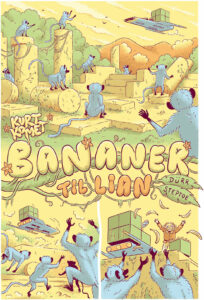 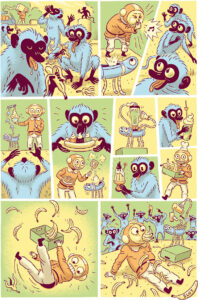 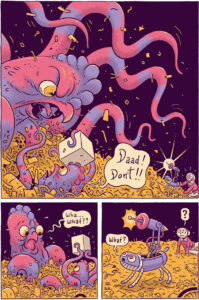 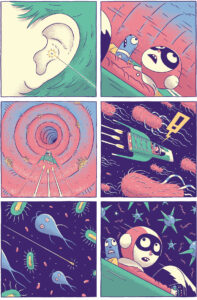 A socio-critical collection of novels in toxic colors. A bastard of dystopian pantomime tales about the greedy mutants of capitalism and environmental decay. Absurd and repulsive visions of doomsday, and the imminent collapse of society. No speech balloons, only black humor, radioactive colors, and transgressive details.

Repulsive Attraction won the Ping Award for Best Danish Debut 2020 and got numerous positive reviews in its homeland and abroad.

Ages 6 years and up

Comet Kurt has his very own space rocket. He has a very cool job too. Kurt is a rocket delivery boy flying through outer space with his trusted robot dog Rex. A fun read for young school children – guaranteed to spark their imagination.

Danish Children’s author with 61 published books, translated into 21 languages. Morten has won several national book awards including “Skriverprisen”, from the Educational Ministry of Denmark. Titles in this catalogue: “Comet Kurt and Rex”, “The Whispers Game”, “Ivalu” and “Zenobia”.